Course:
Home / Traffic Blog - Experience on the road in Vietnam: / Car review / Why is the Volvo XC90 the safest car in the world?

Why is the Volvo XC90 the safest car in the world?

Why is the Volvo XC90 the safest car in the world? 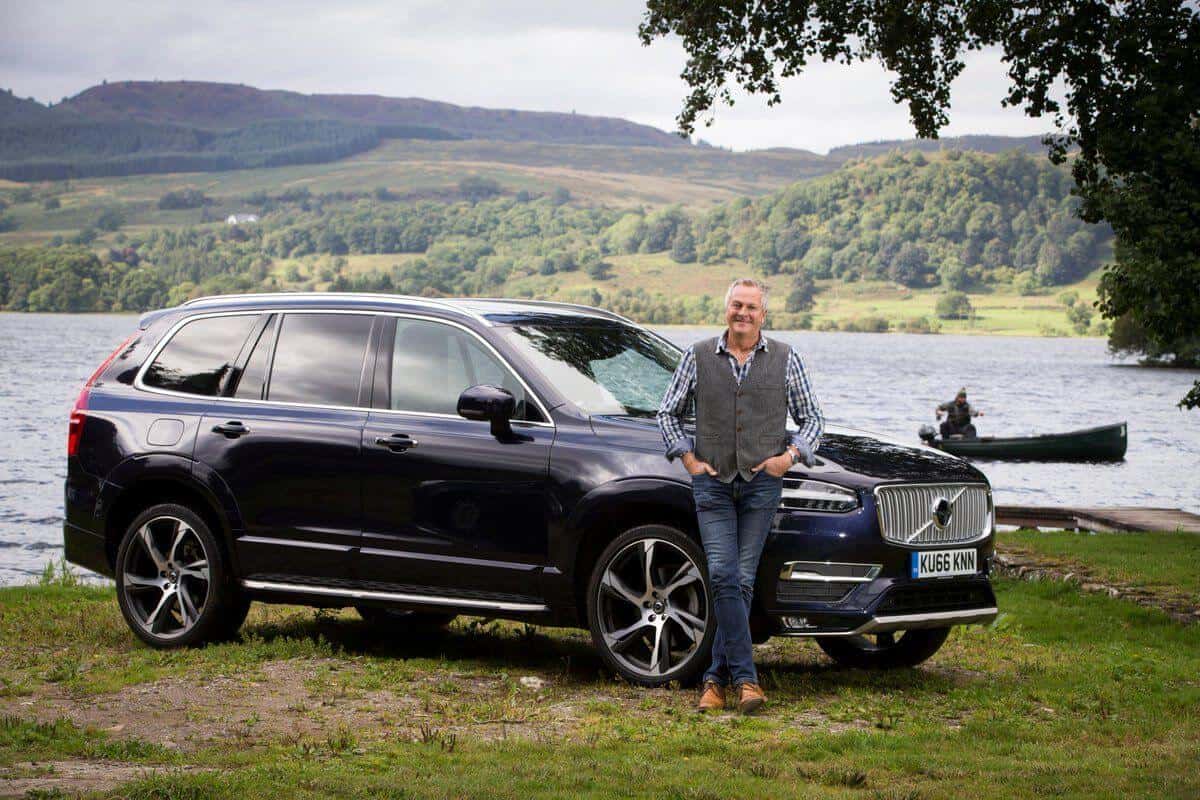 Previously Volvo cars were often referred to as old people's cars because of the lack of personality and accents, but Volvo's interior design director changed that completely with the Volvo XC90. He was honored to receive the design award of 2015. The XC90 itself also received the award for the most beautiful commercial vehicle interior in 2015. Moreover, Volvo is a pioneer in the field of safety. They set a goal by 2020 that no one will be seriously injured or killed in Volvo cars.

The Swedish automaker also hopes to commercialize fully autonomous vehicles by 2021. That is the future, but at the present time the intelligence of Volvo XC90 is also very impressive. With a range of sensors around the vehicle, the XC90 can automatically brake when the driver misses the gas, as well as automatically brake when a motorcycle or a pedestrian accidentally crosses the car when moving in the city. motorways and adaptive cruise control. The vehicle can maintain a set speed and decelerate when the vehicle ahead decelerates. Find out some of the typical safety features on the car that is dubbed the safest SUV in the world. 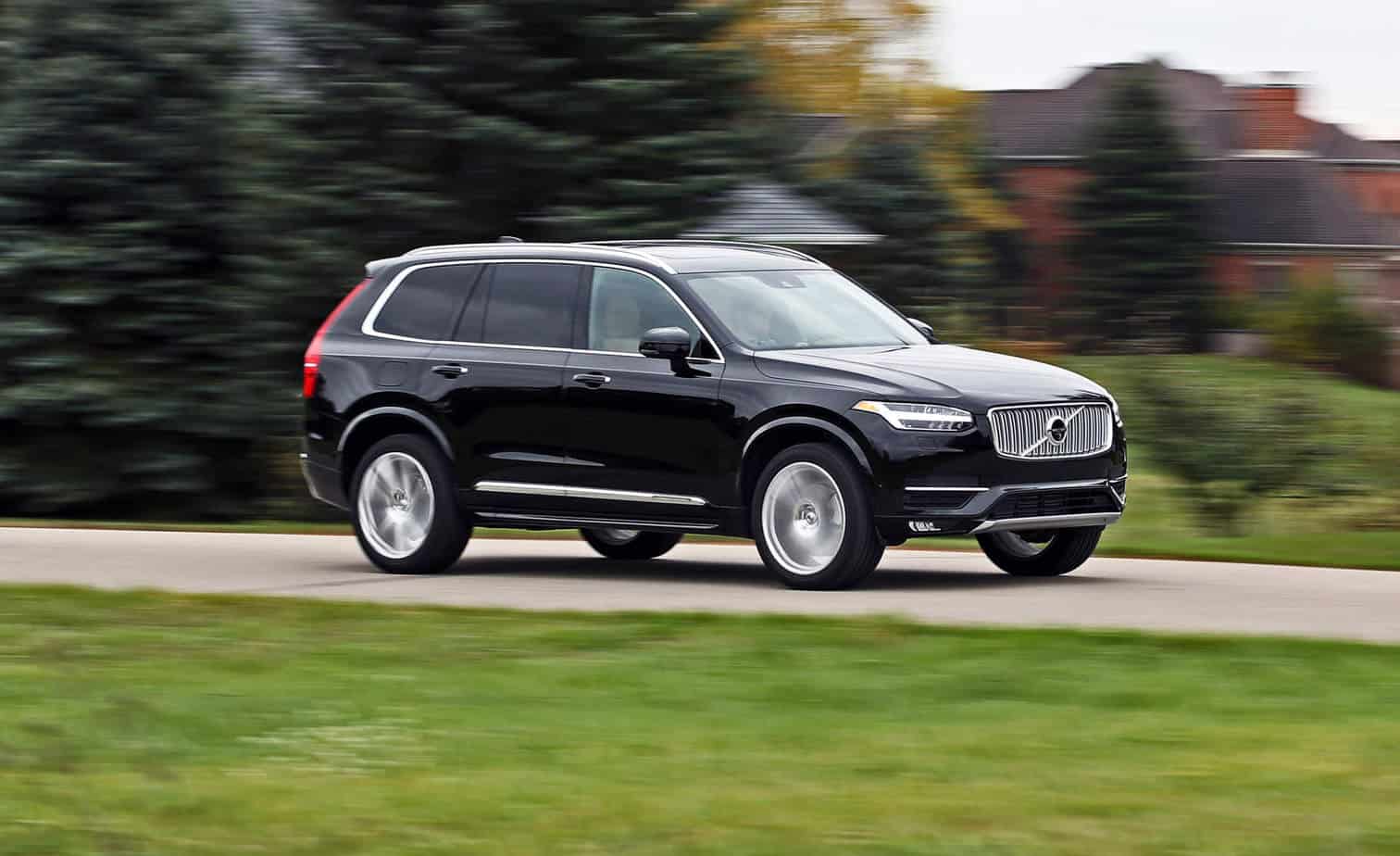 Pilot Assist: Technology that supports automatic driving. When riding to and from the road, a feature we often use but on Volvo it is even smarter that is to keep distance from the car ahead, it also has the function of keeping the lane. And these two features combined together it becomes a function called Pilot Assist (full driver support). Now we don't have to throttle, we don't have to brake. We can adjust the distance with the car in front of us right on the steering wheel. Acceleration, deceleration also on the steering wheel. If we are going straight, we have to steer the steering wheel ahead. 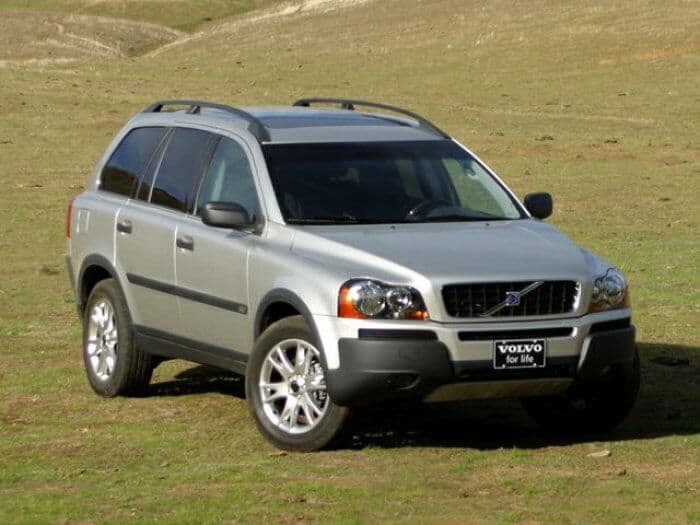 It is not okay to take your hands off the steering wheel, but for today's modern cars with Volvo, we can take our hands off the wheel for the first time. Of course not only that. If you want to change lanes without your turn, the steering wheel is hard and cannot steer. Of course when you try to hit the steering wheel will also turn but it will vibrate and very heavy to tell you that you have not signaled and lack of observation, it will be very dangerous. Only when you signal, the steering wheel is softer. Lane keeping and distance keeping functions still work even when the vehicle ahead has a red light. You also do not need to brake at all. The car arrived automatically stopped. When the car in front of us goes, our car will automatically go. 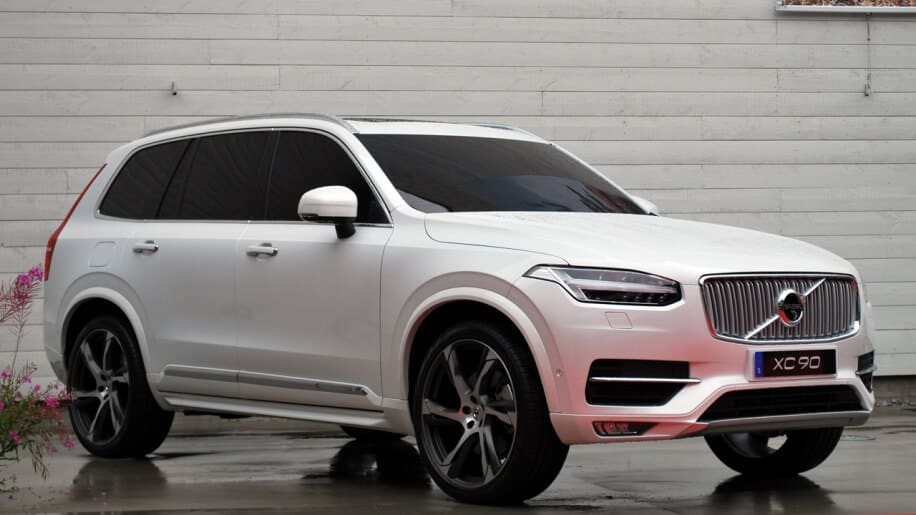 As a precaution, if you take your hands off for too long, the car will alert beep to check if you are dozing off. At that time, you have to touch the steering wheel lightly to notify that the car is still completely in control.

Park Assist Piot (Automated Parking Assist Technology): Press the screen, turn signal, the car will search for parking. Once we have found one we will choose to park in parallel, 2 is perpendicular. Now we won't need to touch the steering wheel at all. 360 screen for easy viewing. Even if you want to look on the right, you can press the corresponding side. There are 4 extremely safe and intelligent cameras. We just need to hold the brake to control the speed. The reversing sensor will notify if we are close to colliding with the car behind. We just need to move on. The car also has an additional feature that, if parked, then hit how. Select Park Out on the screen, the car will automatically hit its head out of the parking spot. After exiting the parking lot, the car will return control to the driver. 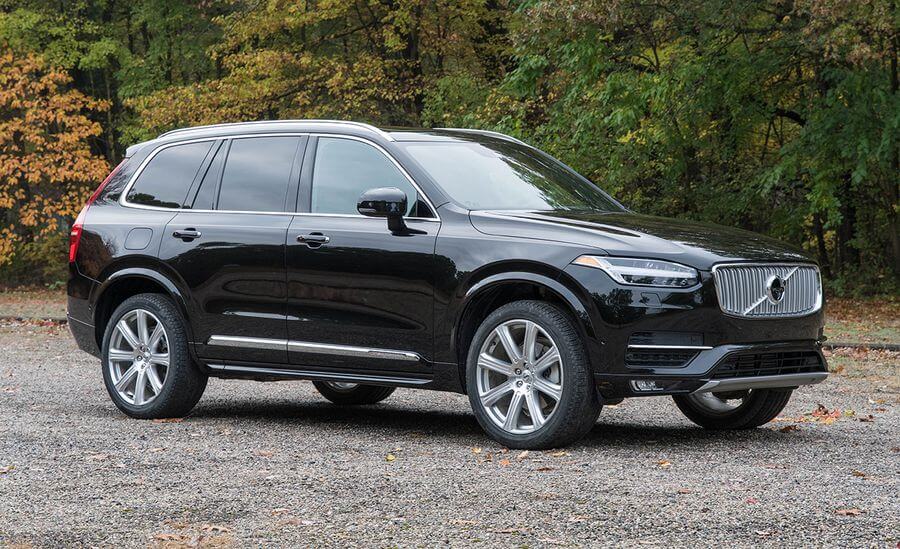 City Safety (Technology automatically stops the car when detecting the risk of collision): Volvo XC90 is one of the models are rated as the safest in the world. City Safety has become a benchmark in the automatic braking feature on Volvo models. Collision avoidance technologies have become standard on the XC90. City Safety works well for bicycle and pedestrian vehicles, in some cases both day and night. Including pioneering features in the world's automotive industry, such as the automatic braking function if the driver makes a cut in front of an approaching vehicle. 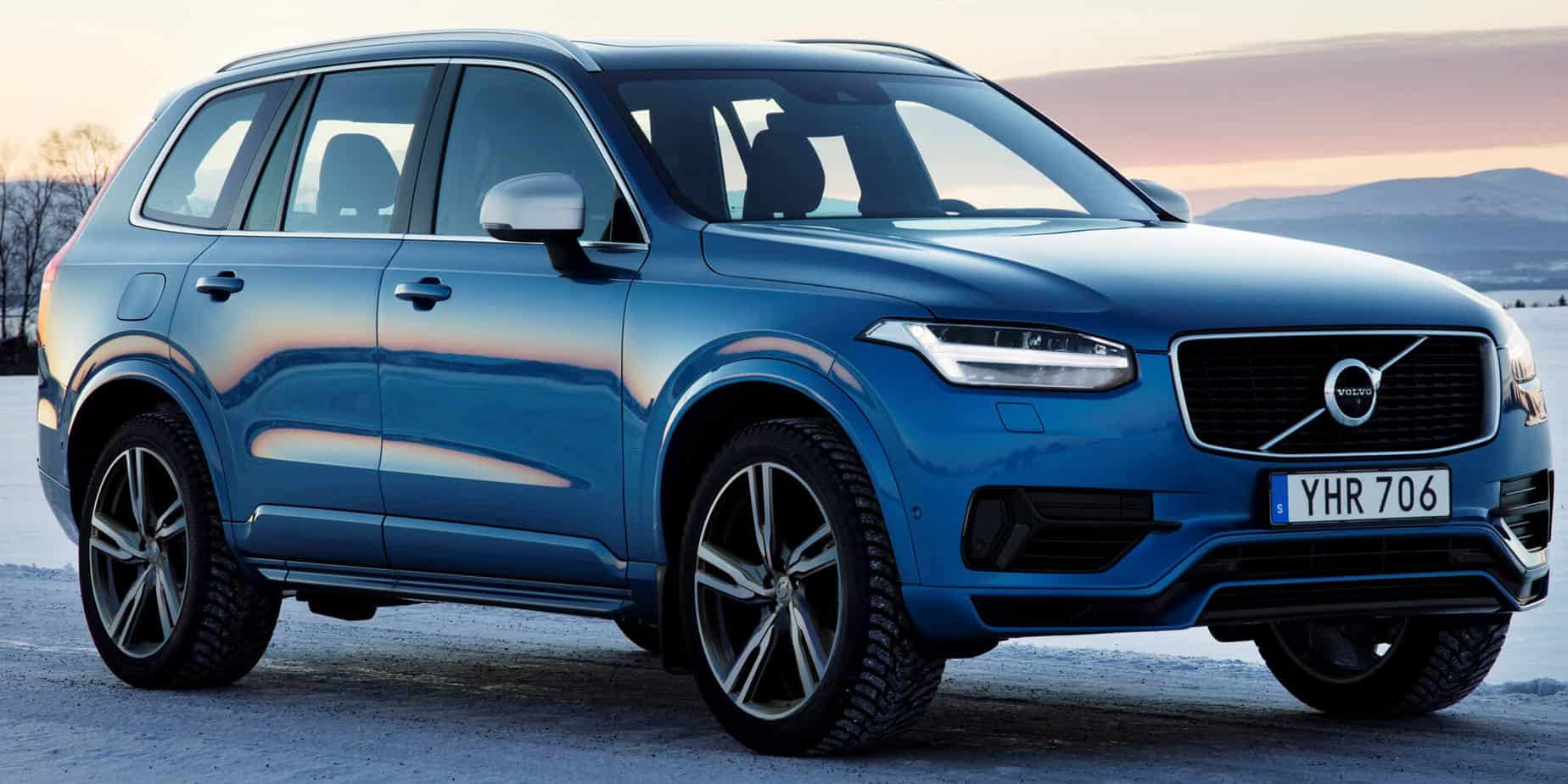 Collision by city safety (Collision warning technology): Drivers will first be alerted by sound and flashing lights in the Head-up display on the windshield. Brakes have been prepared to reduce the braking response time. If the driver does not respond to warnings of approaching collisions, braking will apply at full power. 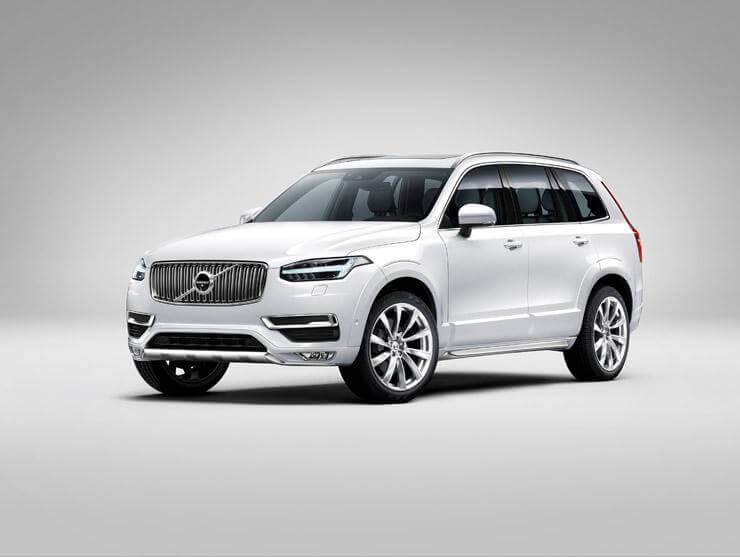 Run-Off Road Protection (Road protection system): This is the first road protection technology in the world. XC90 is the first solution in the world to solve accidental road situations. This system helps detect what is happening and the front seat belts are tightened so that the driver is in position. The straps are tightened when the vehicle is in motion to help avoid spinal injuries. The feature of absorbing vibration between seat and seat frame can appear when the vehicle has difficulty landing. This solution has the potential to reduce injury by one-third to the occupant. 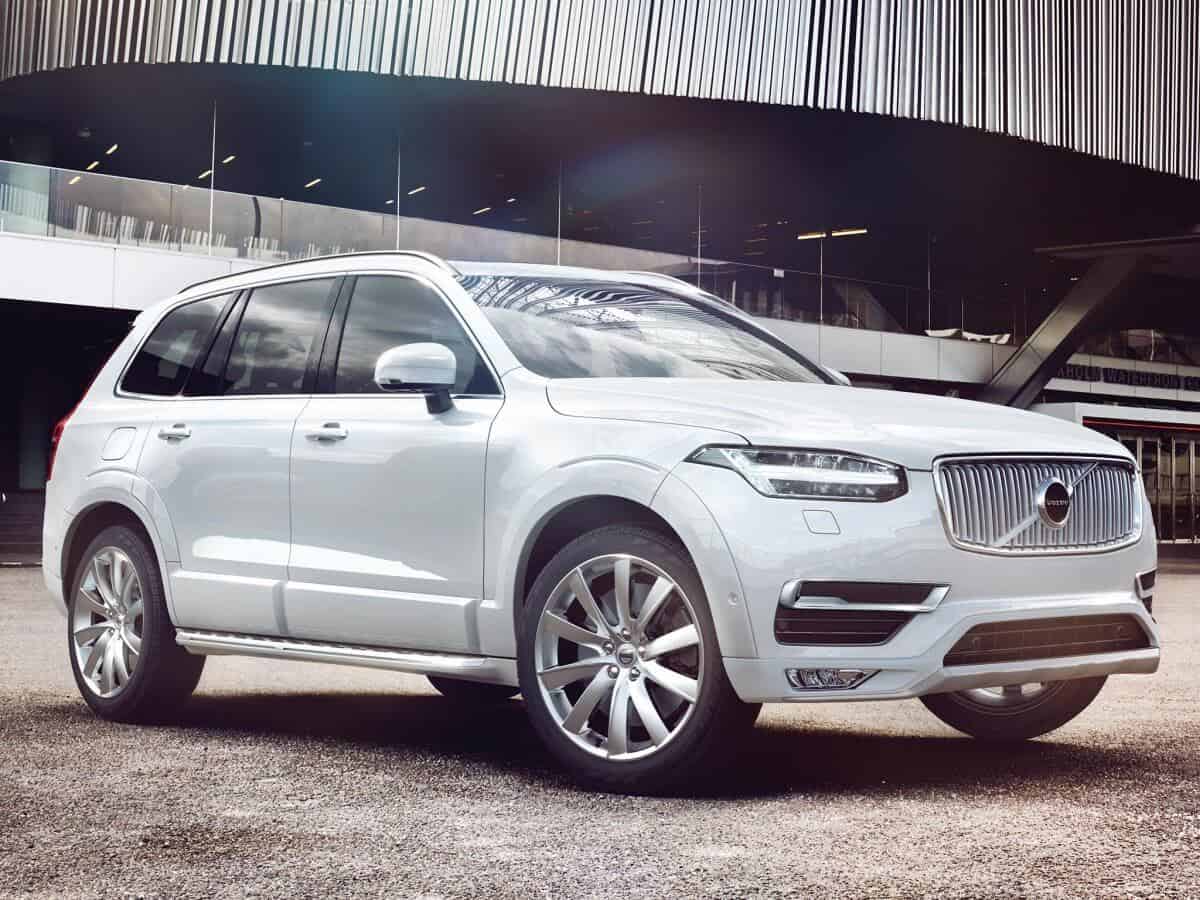 Cross Traffic Alert (Warning vehicle technology): The feature to warn when a vehicle is reversed when parking out of a parking lot is also provided on the safest vehicle in the world. This system will alert about approaching traffic at a range of 30m on each side, alert the driver with an audio signal and alert on the center screen.

It would be flawed to skip the crash tests of the XC90. The test was performed at Volvo Car in Gothamberg Sweden. Here the XC90 underwent crash tests including a frontal crash test at 64km / h. A crash test on the side of the car at 55km / h and a crash test overturned the car at more than 48km / h. The crash test from behind shows how XC90 overcame an impact from the rear at 56km / h.

Service Test Licensing Exam B1 - B2 In HCM

It can be seen that Volvo XC90 has successfully passed all the challenges posed and it absolutely deserves to be the safest SUV model today. 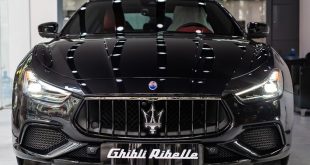 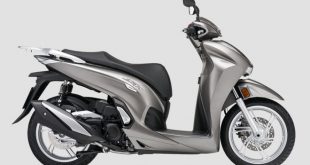