Course:
Home / Traffic Blog - Experience on the road in Vietnam: / Dissemination of Vietnam's traffic laws / New regulations on traffic signs according to standard 41

Dear friends and friends, following the topic of traffic, today the law dissemination channel will discuss with you and you some new points that are frequently collided in the 2016 41 standard that drivers vehicles need to pay attention to road traffic signs, replacing the 41 standard in 2012.

First new point: if anyone is studying the 41st standard 2016, it is easy to see that the signs, prohibitions, and many commands are clearly easier to understand in the direction of the sea. there. There is no longer a condition to be guessing as before, one of the important new points in the 2016 41 regulation is that the regulations set the limit maximum intermediate speed, accordingly in the case of transition from price large speed value down to small speed value where the difference between these two speed values is large, it is recommended to set the maximum speed limit intermediate. 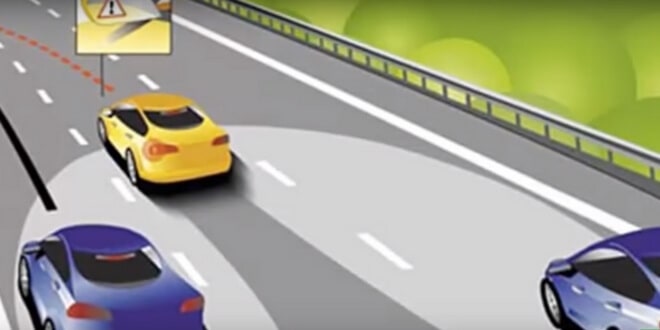 We go to the third new point of the 41st rule in 2016: It is the first time that the maximum speed limit allowed at night is the P 127A sea, this is the rule that closely follows the actual situation. , because the majority of drivers are often subjective speeding at night when the road is empty, leading to many accidents due to lack of observation. According to this regulation, the sea will be applied in some cases through densely populated areas at night in order to improve the speed of operation when the roads are low.

The fourth new feature of the 2016 41 standard: It is a regulation that allows parking on the sidewalks, nor does it make a lot of drivers, especially those who live in urban areas happy, if before When the standard 41 in 2012 does not stipulate that the drivers of vehicles are allowed to park on the sidewalk, according to the new regulation at Point E 8A, the license plate 408A specifies to indicate the places where parking is allowed. a part of a wide street must have I 408A number plate, where a part of the street is parked, it will be từ or more of the car body on the pavement. According to the lawyers and road users, the new law has unleashed many vehicle owners, especially those who regularly use cars in the inner city area, where Golden socks land which is castrating the area for static traffic. At the same time, this regulation also contributes to minimize the situation of vehicles stopping and occupying the roadway, the curb causing traffic support.

We go to the 5th new point of the 41st rule in 2016: It is in the Appendix E that defines the meaning of using the signboard of regulation 41 of 2016 section B, section 2.2, that is the line dividing the lanes. In the same direction, a single solid line is applied to divide lanes in the same direction in case it is not allowed to change lanes or use other lanes, vehicles must not mix lanes and may not overlap the line. This is a new point that the vehicle owners should note if they do not want to lose money because the vehicles previously allowed to cross the line for roads over 60 km / h are not allowed to cross lanes and not cross the line.

A further new point of the 41st rule in 2016: That is the introduction of the 412 sea we are used to calling the lane markings, from the group of signage to the group of command signs, which must be followed by drivers. , drivers must follow the appropriate lanes for the vehicles they are driving.

The seventh new feature of the 2016 41 standard: It is at Point 3.1 that the expressway concept has been clarified, according to which expressway is a road reserved exclusively for cars and some specialized vehicles are allowed to go. entering, according to the provisions of the road traffic law, this is a new step, ending the situation of motorbikes and motorbikes also going to the expressway, which is dangerous to the vehicles participating before.

The next new point of the 41st Regulation 2016: It is a pickup truck, it is considered as a car, if previously there was no specific regulation on cases of handling pickup trucks when participating in traffic in situations. As in lane, passing hours now leads to controversy because many people believe that the pickup must handle the same way as the truck, because it carries the same CD number plate. There are also many people think that pickups only handle cars, because the number of seats in the car and the load of the controversial vehicles will end according to the 2016 41 standard, according to the new regulations, the pickup trucks have blocks. The permitted amount of transport is less than 1.5 tons according to the registration certificate and from 5 seats or less is considered as a car, so the popular pickup trucks for sale in Vietnam such as Forzazo, Mitsubishi, Nissan, Toyota is considered a car according to the 41st standard 2016. However, the 41st 2016 rule applies only to the road traffic signal system, so the pickup is considered a car only valid within the scope. about traffic signs and are not considered cars in the 200-year license plate number.

Some of the Services at Dong Tam:

The next new point: It is a sign that prohibits turning left and does not prohibit turning; this is the sign P123 that prohibits turning left or prohibiting turning right, but does not have the value of prohibiting turning, ie if meeting this sign. then we are still allowed to make a U-turn, in addition, the drivers also have questions about the no-left auto sign sign is the sign that P103C is synonymous with no U-turn? This regulation 41 in 2016 has no change compared with the standard 41 in 2012, both of the above seas did not mention the prohibition of turning back when describing the 103C sea, so there is no concept. it is forbidden to turn left so cars are not allowed to turn. Therefore, cars that are prohibited from turning left are still allowed to turn.

Another new point: It was a residential sign, many drivers used to handle this error in the past, because of speeding in a residential area because they mistakenly thought it was over after going all the way. There is a long distance without signs, according to the regulations of Article 41 in 2016, Article 38 has avoided the following misunderstanding: If the road section must be executed with a very long effective sign, then at the intersection, the command symbol must be repeated immediately after the intersection in the direction of the road where the command signs are given; if there are no repeating signs, the order signs will automatically be deemed invalid.

Another new point of the 2016 41 standard: That is how to install signs according to the old regulations in 2012, it reads: On high-speed roads with many lanes, the signboards can be hung above. running car part. It is possible to place a signboard for each lane and the sign is hung on the gate of the dowry, according to the old regulations, writing like that, the places without the gate of the dragon driver will be difficult to observe, but according to the new standard In 2016, it was written: On roads where there is a vehicle, with 2 or more lanes, the sign is hung on the stand or the pole to reach in case that is not placed on the stand or the pole to reach. Install additional signs on the left side of the direction of traffic. Thus, according to the new way of installing point 41 in 2016, it has opened a way to insert the sign very completely and easily observed with 2 signs on both sides of the road.

We move to a new point in the 41st standard of 2016: It is the guide of traffic when there is a yellow light, according to the provisions of the national technical regulation on roadside awareness issued by Circular No. 06, 2016, when the yellow light signal turns on, the driver of the vehicle must stop the vehicle in front of the painted line (stop line). . If the vehicle has approached or exceeded the painted line (stop line), it must be quickly moved out of the intersection to avoid dangers, at the intersection, there are both signal lights and signs. signs and painted lines must obey the signals of signal lights. In case the signal light is off or the yellow signal light is flashing, drivers must obey the signs and painted lines in the order prescribed for effect.

Previous Essential equipment, toys for cars, interiors
Next Find out in detail the blind spots and dead spots of trucks and how to safely travel with large trucks 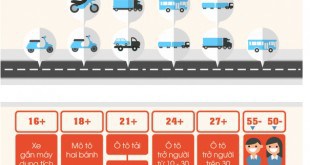 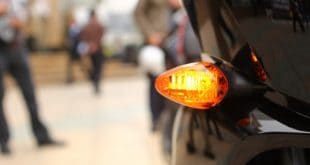 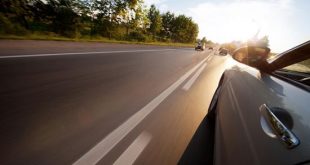 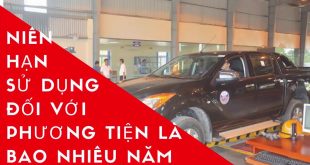 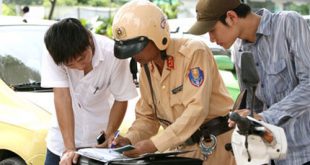 25 faults are often sanctioned by traffic police for motorcycles