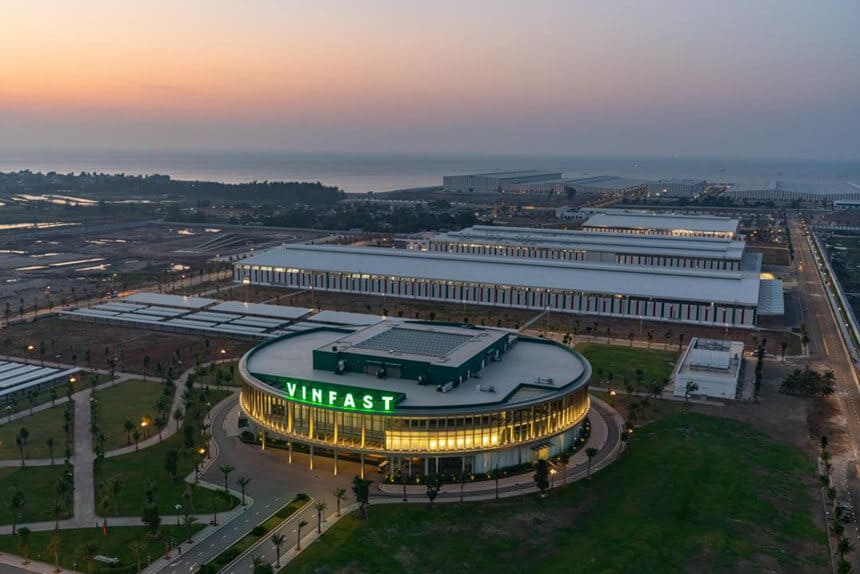 There are people who have left their homeland to Vietnam to do the impossible. Too much skepticism or even laughing at Vinfast started. We have turned this swamp into the most modern industrial park. We have been fighting for the past 21 months for ultimate pride. Now people are asking the question "How do they do that?" "How did Vinfast", and this is the answer. 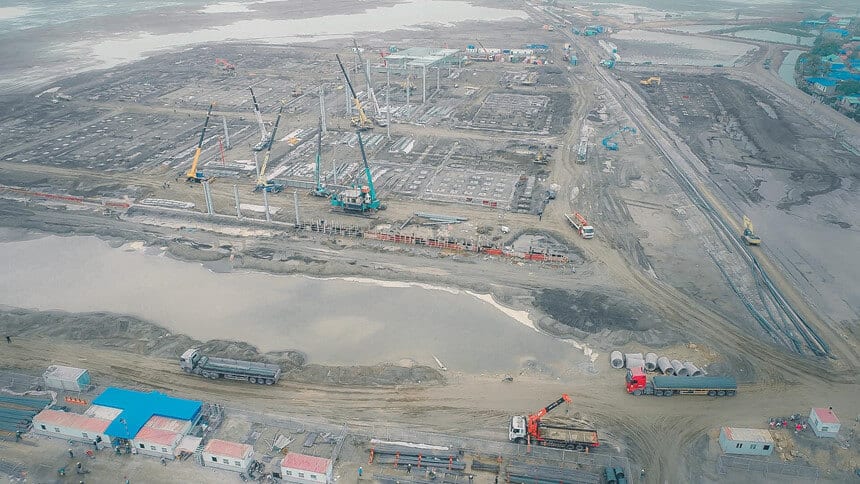 Starting on Vietnam National Day on September 2, 2017 with a total area of 335 hectares, Vinfast automobile and electric motor factory opens a new page for the domestic automobile industry. Born a car "Make in Vietnam".

In October 2017, Vinfast organized the program "Choose a love seat with Vinfast". On October 3, 2018, officially launched two models LUX A2.0 and LUX SA 2.0 at the Paris motor show. Vinfast was honored by Autobest with the "New star" award at the exhibition. From September 2017 to the present: cooperating with international leading names in designing, developing vehicles, installing production lines and operating factories. Following the success, Vinfast continues to implement a strategy to bring products closer to consumers.

On November 20, 2018, LUX and Fadil models were officially launched in Vietnam. On March 20, 2019, the first batch of Vinfast cars out of 155 cars was transported by air to 14 countries on 4 continents to test the quality and safety. 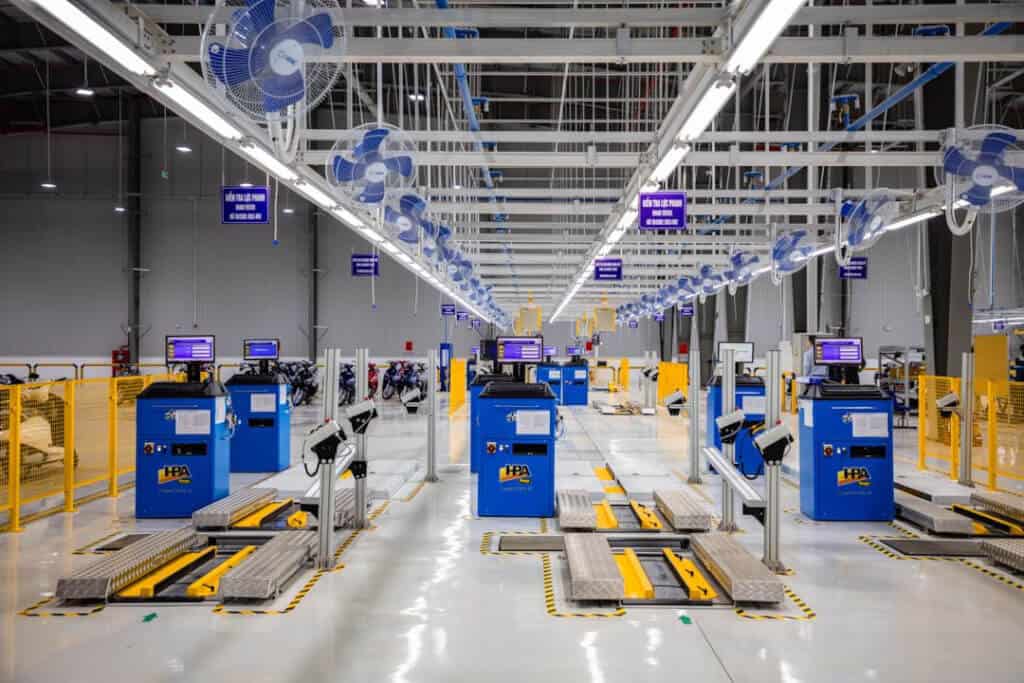 From May 20 to June 4, 2019, the duo Vinfast LUX and A2.0 and LUX SA 2.0 carried out a test of durability and electrical systems through a 6000 km cross-country route. Vinfast automobile factory is built according to the 4.0 technology standard. The production process at the factory is completely synchronized and closed with stamping workshops, hull workshops, welding workshops, painting workshops, engine workshops, auxiliary workshops, assembly workshops and auxiliary industrial parks. All are interconnected and automated by thousands of robots.

In fact Vinfast Fadil - the first car manufactured in Vietnam how? To know click on the article

Stamping workshop with an area of over 50000 m2, the only large absorbent stamping factory in Vietnam, the components that account for the highest value of the shell are 100% automatic stamping, the main production line using Servo technology, the press line SCHULER's first fully automatic servo. 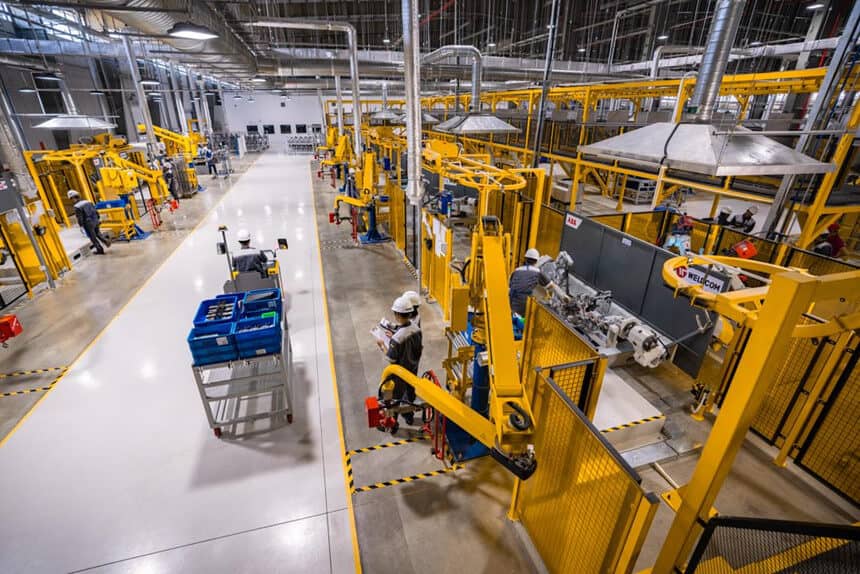 The body welding workshop covers an area of more than 100,000 m2, the automatic spot welding system 100% with 1200 robots, performing about 6000 welding points per product. Modern robots are integrated with 4.0 technology, which can alert fault analysis, remote control and maintenance reminders connected by SIEMENS production management system. Paint shop has an area of more than 20000 m2. This is the No. 1 automatic paint shop with no smell, automating 95% with robots and control lines imported from Europe to control 100% quality, electrostatic coating system RO DIP. Latest generation robot with air circulation system in paint chamber using advanced dry filtration technology. 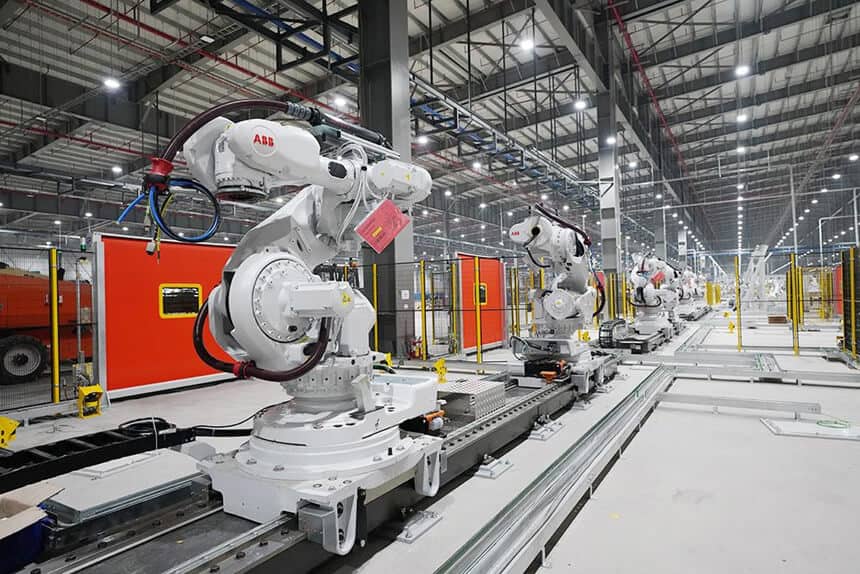 The engine workshop, an area of over 50000 m2 unique in Vietnam, automates 90% stages to make the car's heart. The body and engine head processing line with 2-spindle CNC machines is capable of simultaneously processing 2 products. The direct cylinder plating technology from SCHEUCHL is only used in the world's leading automobile manufacturers, the Vinfast engine workshop marks the turning point of mastering the core technology in the automotive industry. 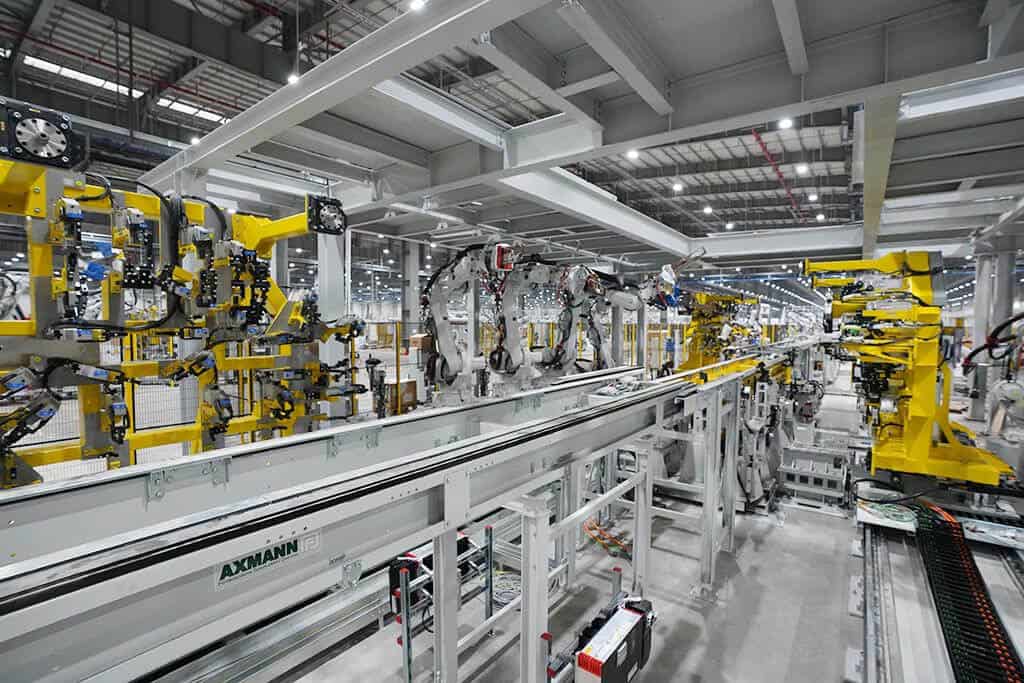 Auxiliary workshop with an area of more than 20000 m2 with 3 plastic paint lines: using fully automatic ecopaint method, using from no pretreatment to robot spraying, bumper assembly, completely wheel mounting automatic, maximum capacity of 40 products / h. The assembly workshop covers an area of over 200,000 m2, made by the most prestigious German contractor EISENMANN. 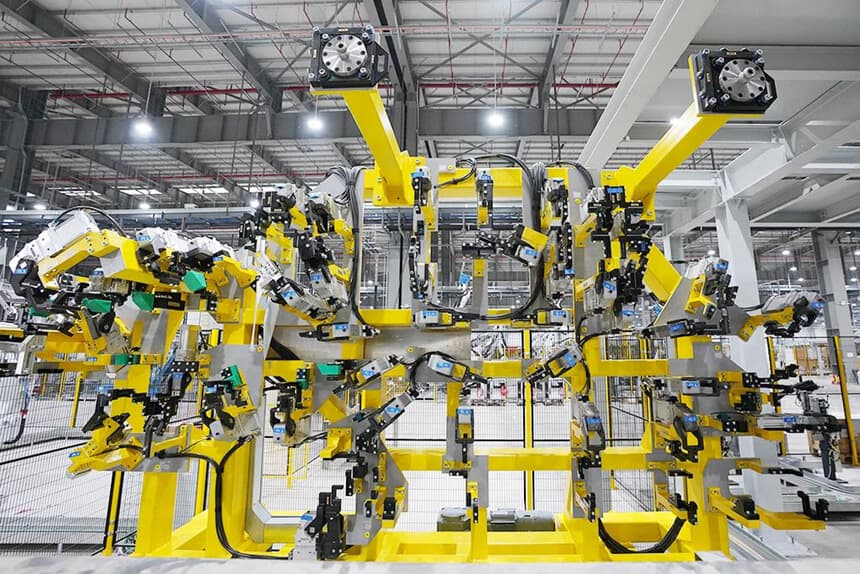 This is something that has never happened in the history of the automobile manufacturing industry in Vietnam with an automobile production project with a high localization rate from the beginning of Vinfast with a capacity of 250,000 cars / year in the period. 1 and 500,000 units in phase 2. Vinfast's goal is not only within Vietnam but also reaching out to the international market. It took us 21 months to do the work that most carmakers in the world have to do between 36 and 60 months.

Shaun Calvert, Deputy General Director of Vinfast in charge of production, said, “The first day of arriving in Hai Phong was the most memorable moment in my life. Mr. Jim Deluca pointed his hand away and told me the sea area in front of him will become a Vinfast factory later. ” Kevin Fisher, Chief Engineer, said: “We know it will be challenging to persuade our partners to work with Vinfast and develop the first 2 models in 24 months. However, when working with major partners like Magna styer, Pininfarina and AVL. We immediately devised a special plan for Vinfast. ”

According to Mr. Andrew Gray, Director of Vinfast Production Quality and Finished Products: 'And I have to assert that from the people to the scale of this project is an extraordinary thing. Mr. Stuart Kindade, Director of Parts Quality: “For me, it has been a very interesting time, to have success, our team had to work 24/7 with the component quality control team and Working with suppliers to achieve goals on schedule.

Ms. Nguyen Thi Van Anh, Standing Deputy General Director: “There were a lot of people who did not go on holiday, had friends on the day of their family's debut but could only come back in a very short time and then greeted everyone to return. Vinfast family where teammates and jobs are waiting for me. ”Mr. Benjamin Peter Stewart, Director of Vinfast's logistics:“ The moment the first PTO car rolls, that's when I look into my partner's eyes. and said we had done the impossible, and I cried. I can't believe this is really happening right here. ” Mr. Nguyen Anh Hieu, in charge of PMO of vehicle projects: “ 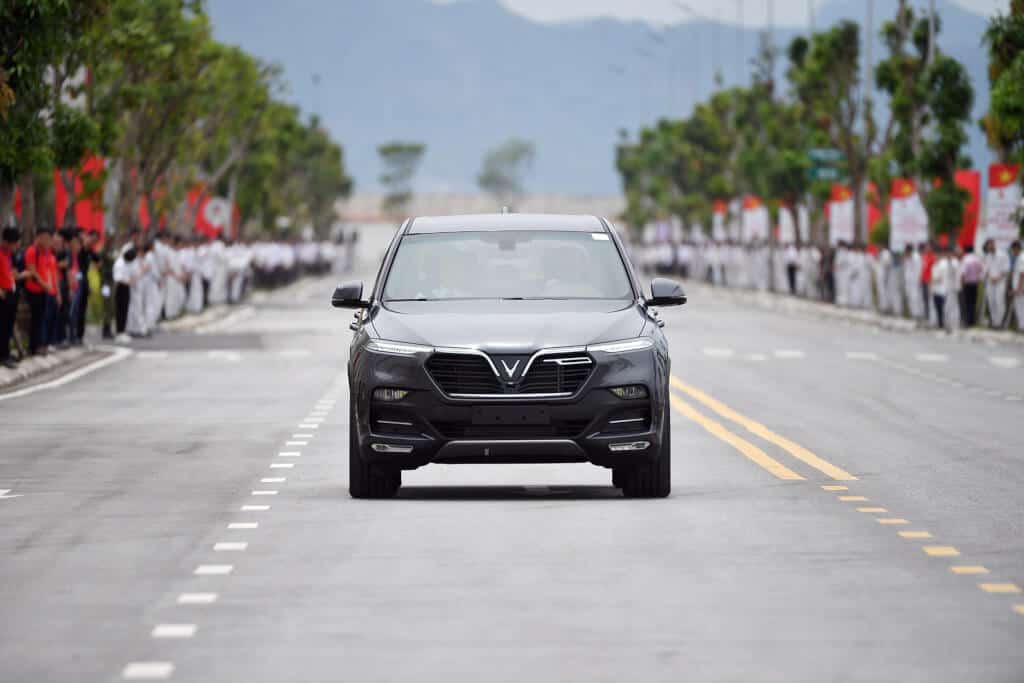 For us, this project is not only for creating products but also an opportunity to demonstrate Vietnam's collective and spiritual strength, making an unforgettable impression in the world automotive industry such as Vinfast and I am proud of being a Vinfast man. ” With a burning desire to build a Vietnamese brand with world-class reputation and a pride of Vietnamese people.

How to Connect Android auto and Apple carplay With Honda Civic 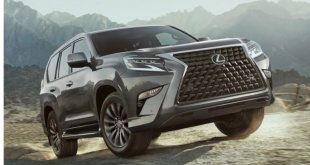 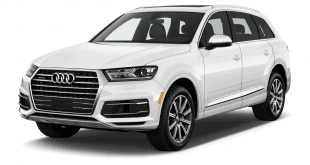 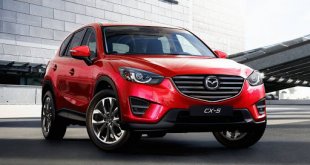 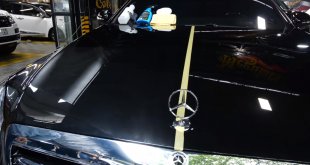 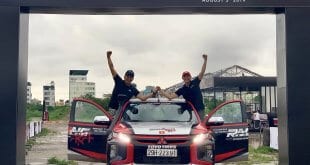 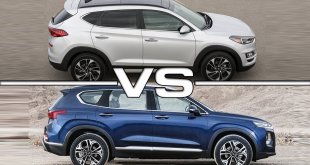 It is expected that the General Department of Roads will promulgate & apply it 600 driving test questions on (replaces the current set of 450 questions) to driver license testing centers into the August 2020 (recommended for exam courses in November 2020). 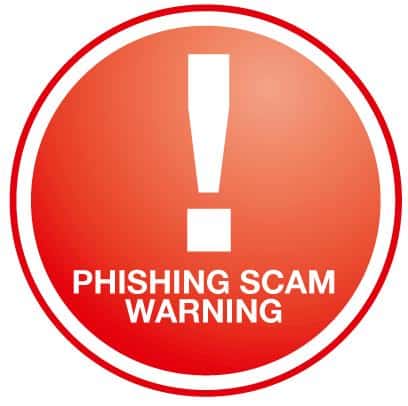