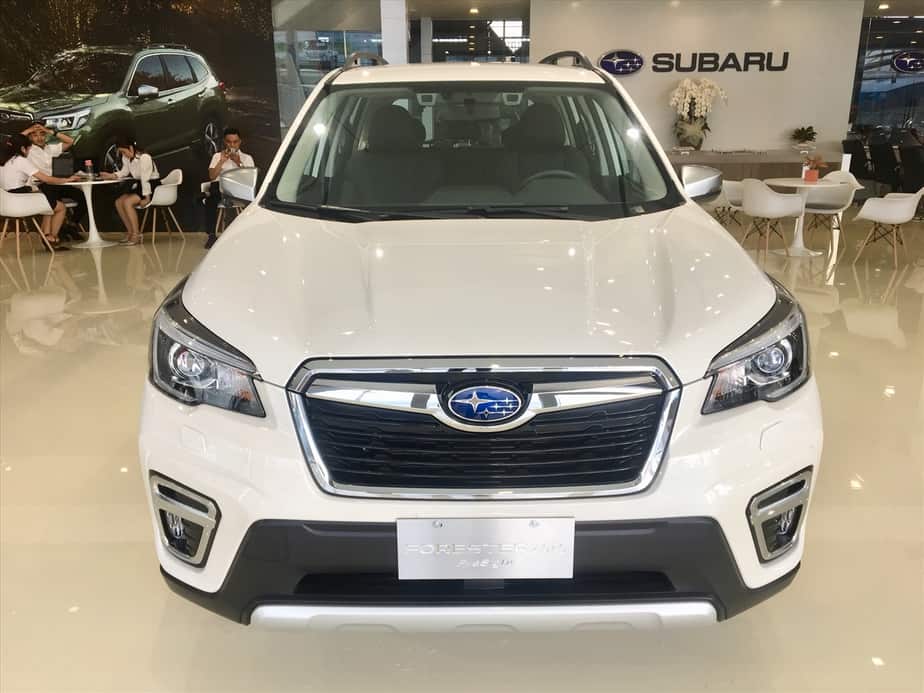 With the slalom test, the car overcomes obstacles very quickly and neatly. We tested this car in Singapore with all rival models. Under macadam, wet, and slippery conditions, the Subaru Forester is the best controlled, stable and safest car. The slalom test just now can be said to be an easy test. The Forester's chassis and electronic balance in particular and Subaru in general are not coincidentally saying that this is a Japanese car and carries the soul of a German car. 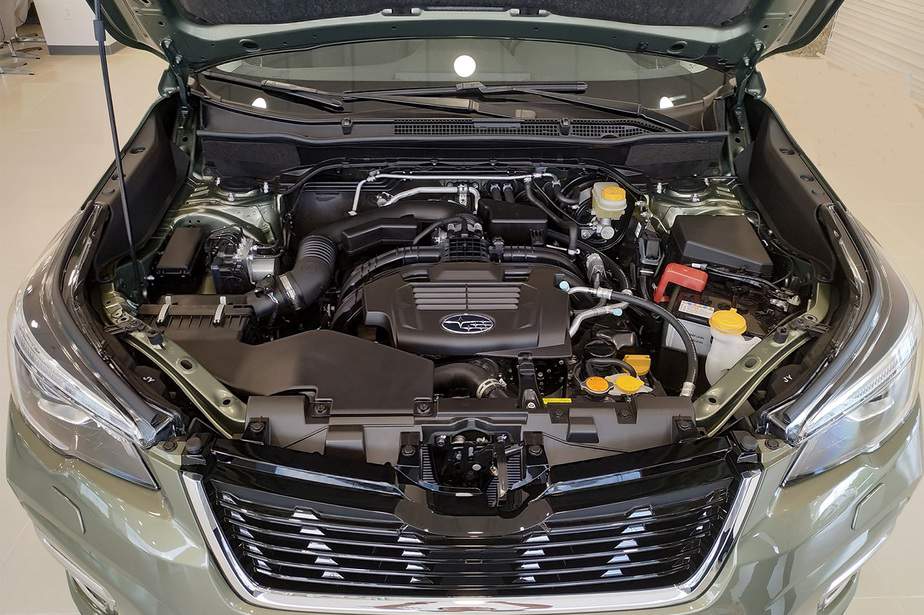 Referring to Subaru, it is impossible not to mention the four main technologies that they equip many of their cars that are SAWD all-wheel drive system, boxer engine, Subaru global platform chassis and machining package. eyesight driver assistance technology, 4-wheel drive is an indispensable feature on all Subaru. Subaru's SAWD drivetrain always sends power to all four wheels, while competitors' all-wheel drive systems work part-time only in accordance with the symmetrical word. Subaru's SAWD drivetrain always distributes traction at a 50/50 ratio to the front and rear axles for superior traction on any terrain. 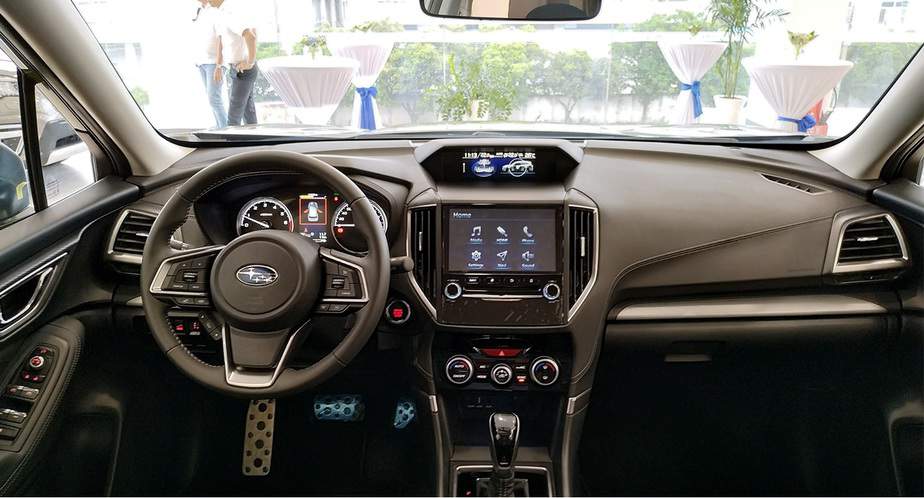 Next we will test this new Subaru in the city. The favorite point of the car is the extremely clear view from the front to the A pillar, the A-pillar is very small, the rearview mirror is mounted far away so there is a very comfortable viewing space. Next is the camera, just press the button, the camera will show up on the screen even if you go fast, this is a very convenient feature if you have to park your car in narrow alleys. 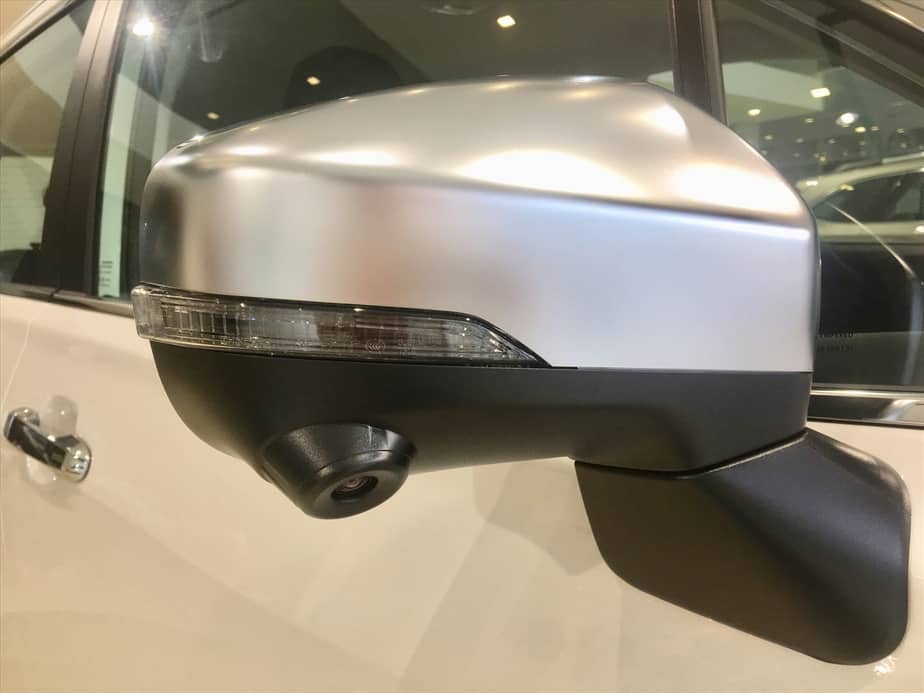 Another good feature of the car is safety. When you step on the accelerator pedal but there are many people in front, the camera will observe, it will not let you leap but actively reduce torque, the engine drops. If you still try to leap, even if there is an obstacle, it will stop automatically. This is a Japanese car that is highly appreciated for its safety features.

One more feature, while not so important, needs to be mentioned. When you stop the red light, if you are not concentrating without paying attention to the green light, the system will alert the headline to let us know and keep going. 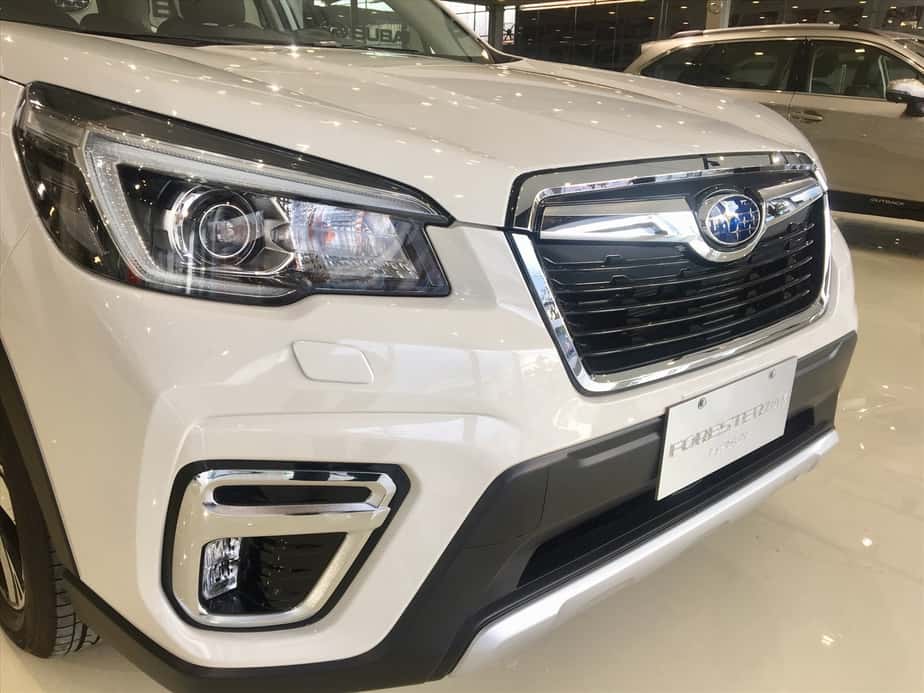 CVT gearbox will bring smooth feeling when going in the city, 156 hp is not much but still acceptable. This car has a steering wheel that can be said to be in the top of the best Asian cars. You can control the turn, the road surface through this steering wheel, very stable when cornering.

The armrest in the outer seat is solid, the water tank is made of soft rubber, less shocking. This is a very small detail but with this new Subaru Forester can be said to be the pinnacle of practicality. Quieter than all cars in the same segment while the price range is around 1 billion, this is the quietest car when cornering. This is a very "cool" car, bringing comfort to the second row and bringing joy to the driver. In the sitting position, we have many places to store things such as cell phones, wallets, books, .. very practical. 2.1 A charger, enough to charge iphone, the wind door is very cool. The car also has an Auto Hold, AVH button here, when there is a red light you do not need to brake, it is like expensive cars currently sold in Vietnam. 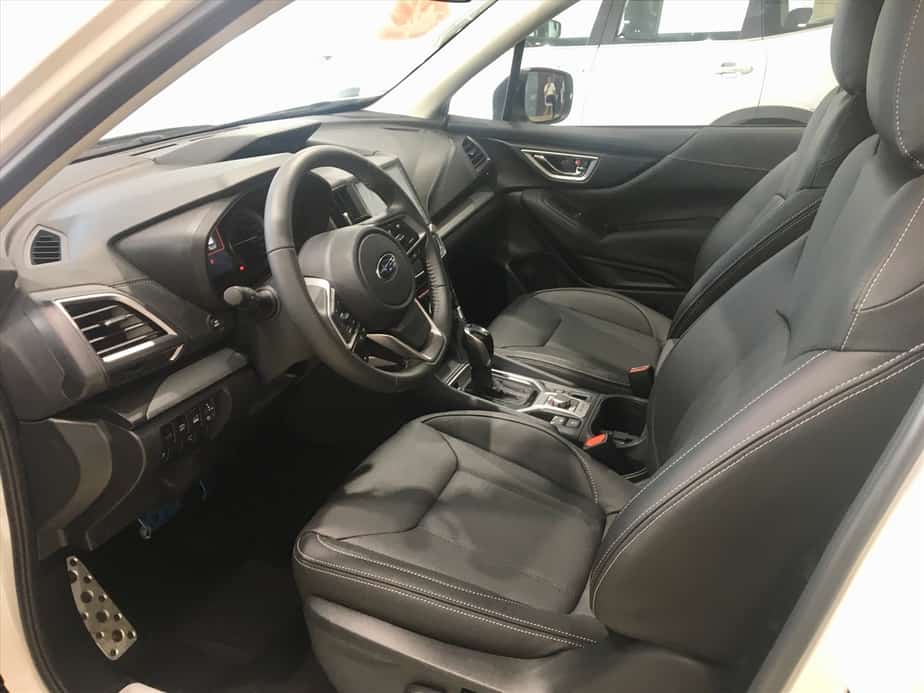 Another thing that is also symmetrical on every Subaru is the famous opposing 4-cylinder Boxer engine block. Compared to an inline 4-cylinder engine configuration, the Boxer engine produced less vibrations because the movement of two opposing cylinder pairs largely suppressed the resulting vibration. Because of less vibration, the Boxer engine is also lighter because there is no need to add counterweights to suppress vibrations like a inline cylinder engine. Compared with the V engine, the Boxer has a much lower center of gravity, the engine is the heaviest component in every car, so placing it as low as possible improves the performance of the car. The all-new Subaru Global Platform also improves both the performance and safety of passengers on board. The new chassis has better torsional rigidity 50% than the old Forester chassis and can absorb impact force better up to 40%. In terms of performance, a stiffer undercarriage will give the car a better cornering. And yet, the Subaru Global Platform also has better vibration suppression than the 50% compared to the old chassis system, providing comfort for passengers on the vehicle. 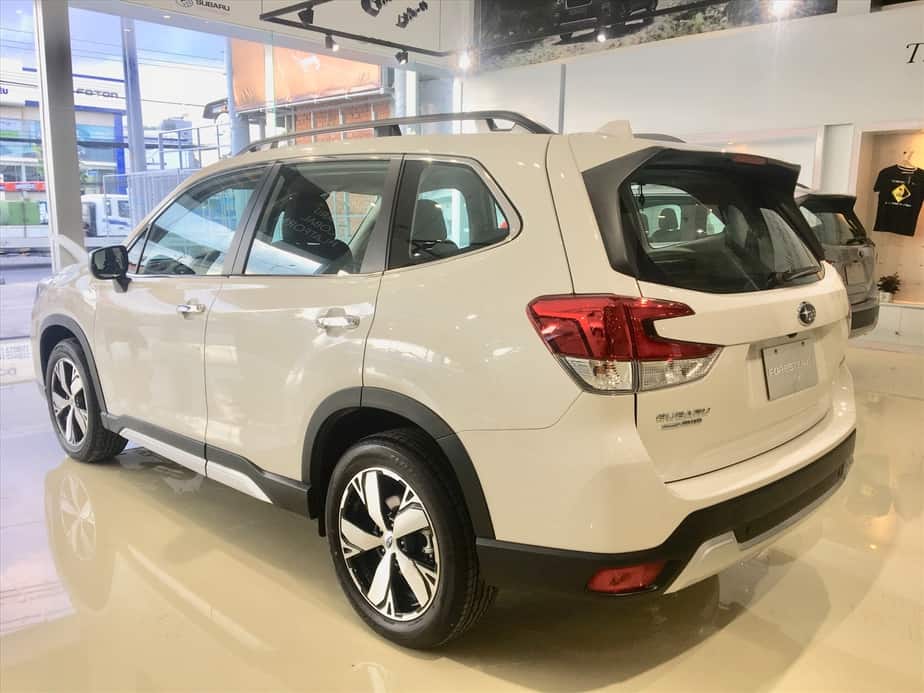 Note: Guide To Driving The Most Standard Floor Number

When on the road, the car does not have a huge jump, it will still have a thrust. This is just a natural version not a turbo and the performance is just over 150 horsepower, so if you go on the road, you ask for a quick jump, you must trade the engine roar, the engine will go up to 5000 rpm. The noise level of this new version car has been significantly improved. The car also has a special feature called Adaptive cruise control, which automatically keeps a safe distance from other vehicles without having to brake or pedal. You can adjust far / near on the steering wheel. But this feature is not available on many modern European cars 4-5 billion.

If you go fast and change lanes suddenly, you will find that the stability of the chassis is very good. This can be said to be a car that is not too fast in terms of speed, but the dynamics are still there. Compared to the segment, the agility and stability of this car is a concern. Even when you step on the accelerator to 5000 rpm, this car with the Boxer engine produces no vibrations. This is a preeminent feature on a car equipped with a Boxer engine. With cruise control, the fuel consumption is also very reasonable on this car. 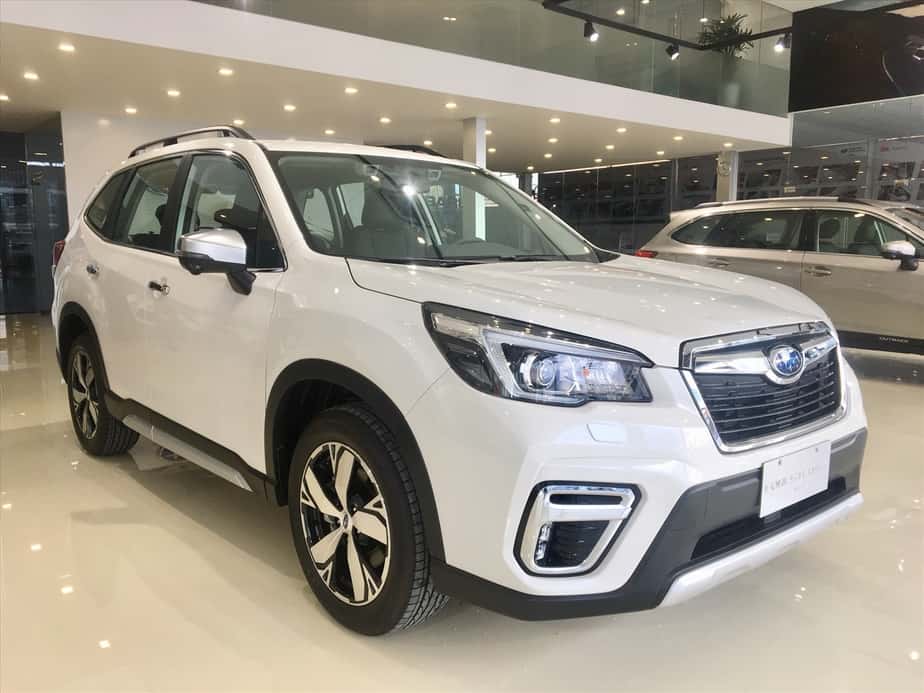 The final technological solution that creates Subaru's signature experience is the eyesight technology package. The system consists of 2 3D cameras operating in parallel, they simultaneously collect images in front of the vehicle and measure the distance of the vehicle in front by comparing the parallax of the two images captured by the two cameras, because of the way This human eye acts like the eyesight system. Subaru is the only automaker to adopt such a dual-camera model for faster reflexes and greater accuracy. 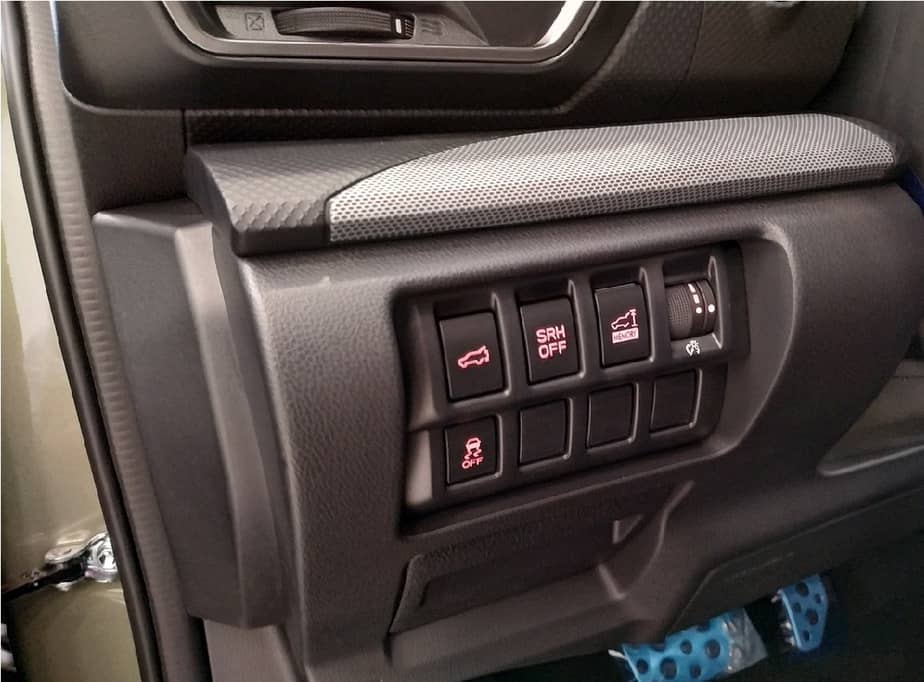 The most significant feature of eyesight is the ability to support automatic braking when there is an obstacle, which works most effectively if the relative speed between the two vehicles is below 50km / h, between the vehicle and the pedestrian below 35km. /H. Above the speed threshold above, the system still works at its best to reduce the impact force.

In addition, the adaptive cruise control is also very useful with the ability to stop to 0 km / h by itself and continue to follow the vehicle ahead.

Thus, with a series of improvements in equipment and performance compared to the old version, Subaru Forester has returned to the Vietnamese market with no small attraction, the much lower price of the Forester version imported from Thailand. The competitiveness of this model increased significantly when compared to fellow competitors with a full-time 4-wheel drive system, Boxer engine, new chassis and eyesight technology with a listed price of 1.2 billion VND. . The Subaru Forester 2019 is one of the most worthy 5-seater Crossovers to own today.

You are viewing the article Bring Subaru Forester 2.0iS EyeSight to Break and Test the Super Difficult Test Series in a good forum Car Review of the Driving School HCM. For information, reviews on vehicles and other services, please contact the HOTLINE directly: 1900 633670. Be sure to check out other great posts and share them with everyone!

Previous Get the Car Rake Key and Ceramic Deception
Next What is the difference between CUVs, SUVs, and MPVs? 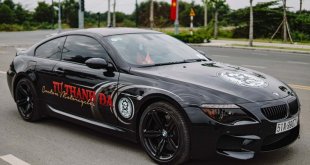 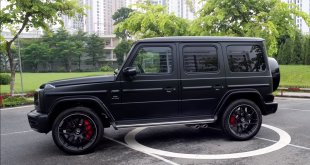 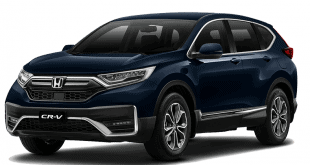 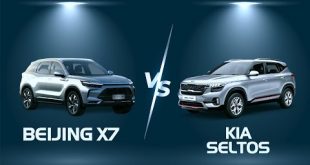 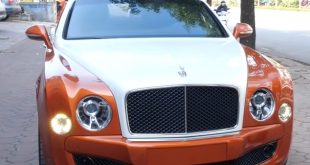 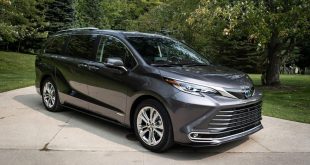